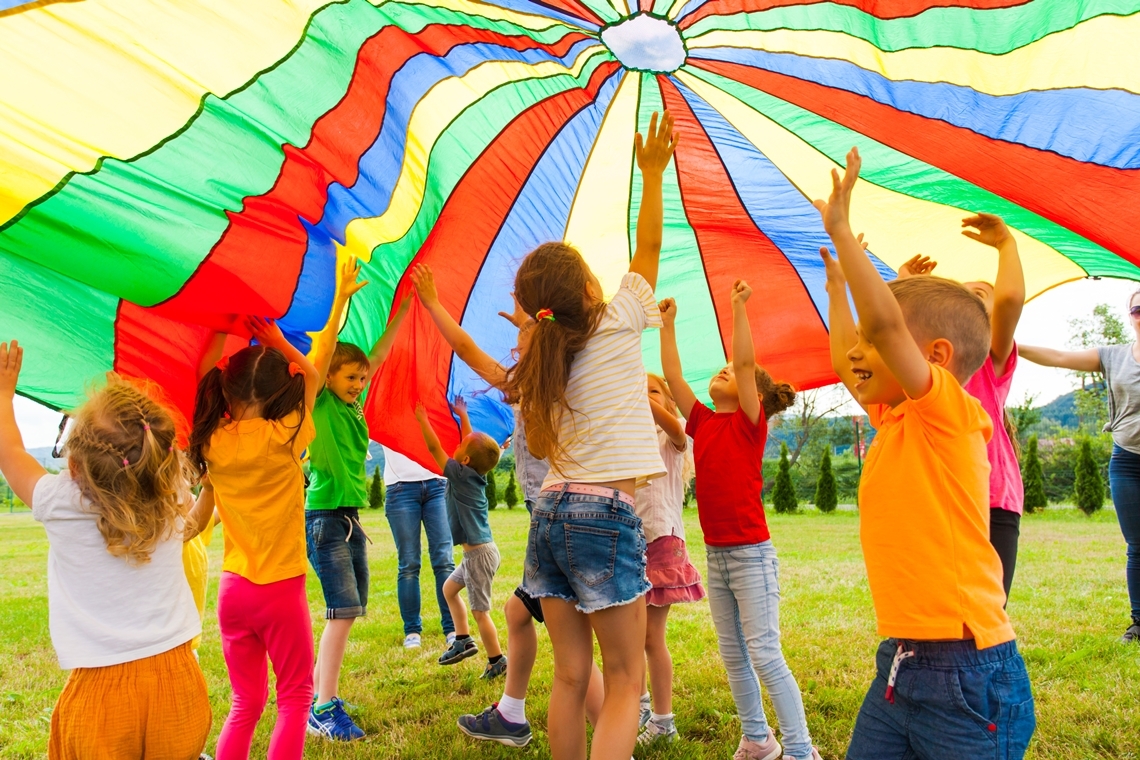 Parachutes are versatile. They can be used for exercising, playing games, and building teamwork. You can teach simple games to toddlers, play active ones with children, and adjust them to be played while sitting in a chair or wheelchair. Try these games and find out why parachutes are so much fun! 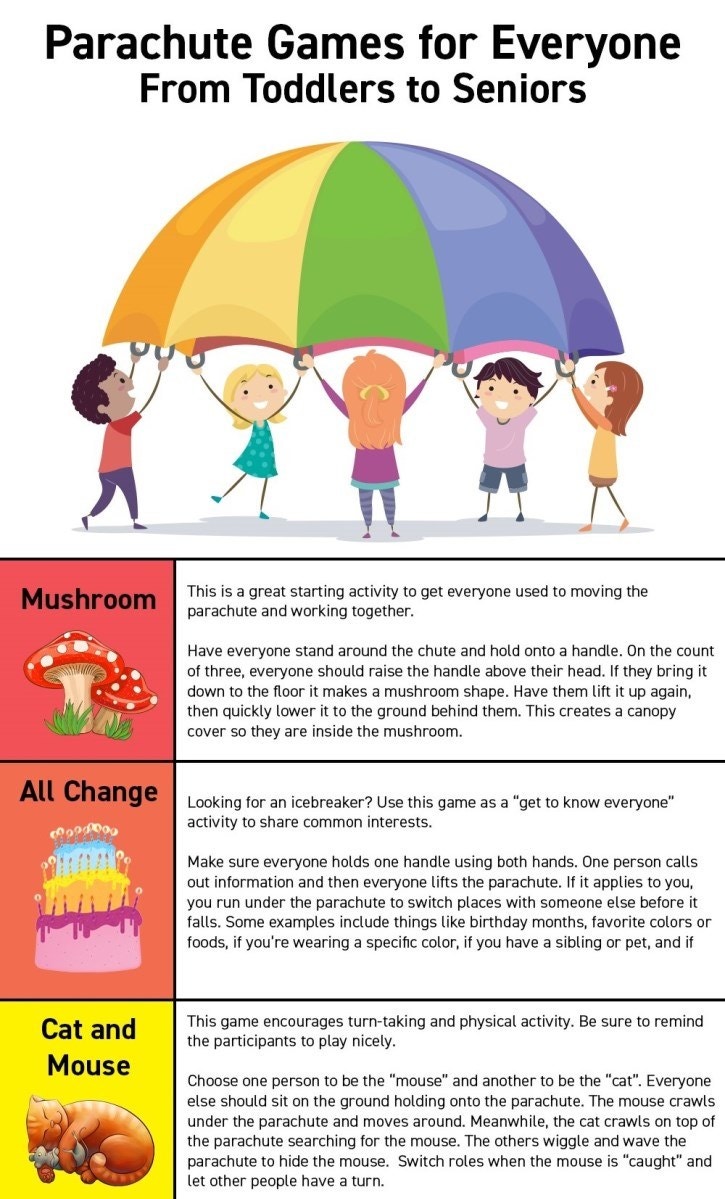 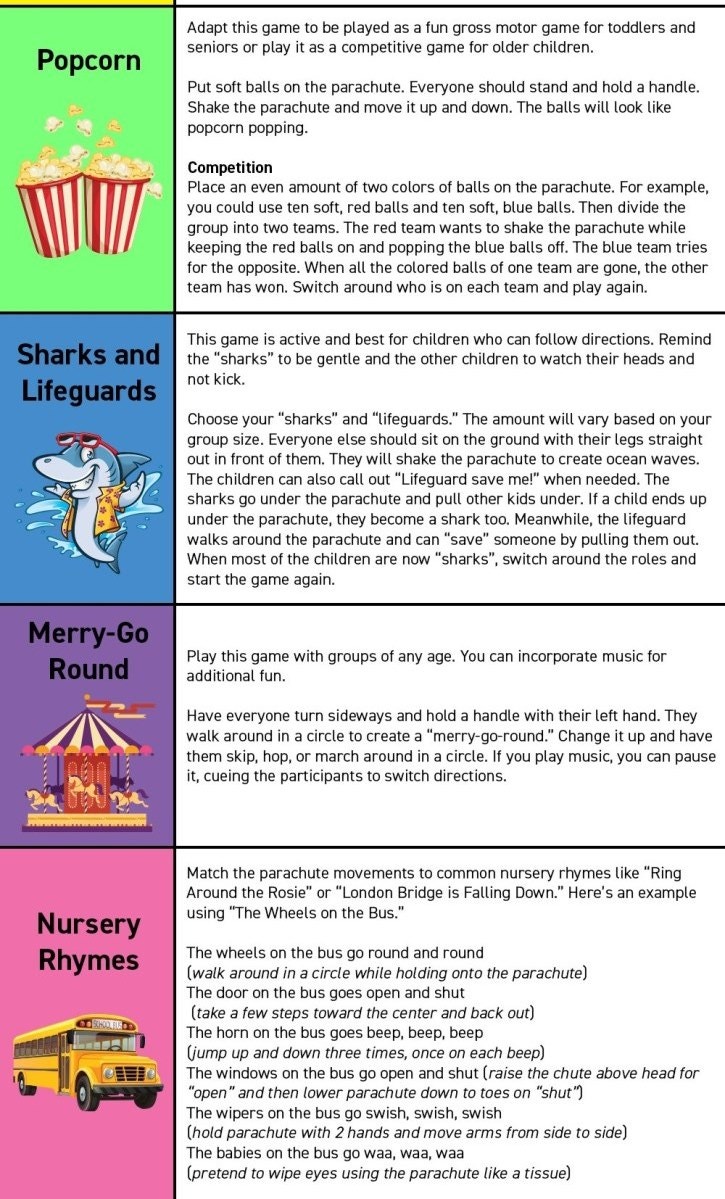 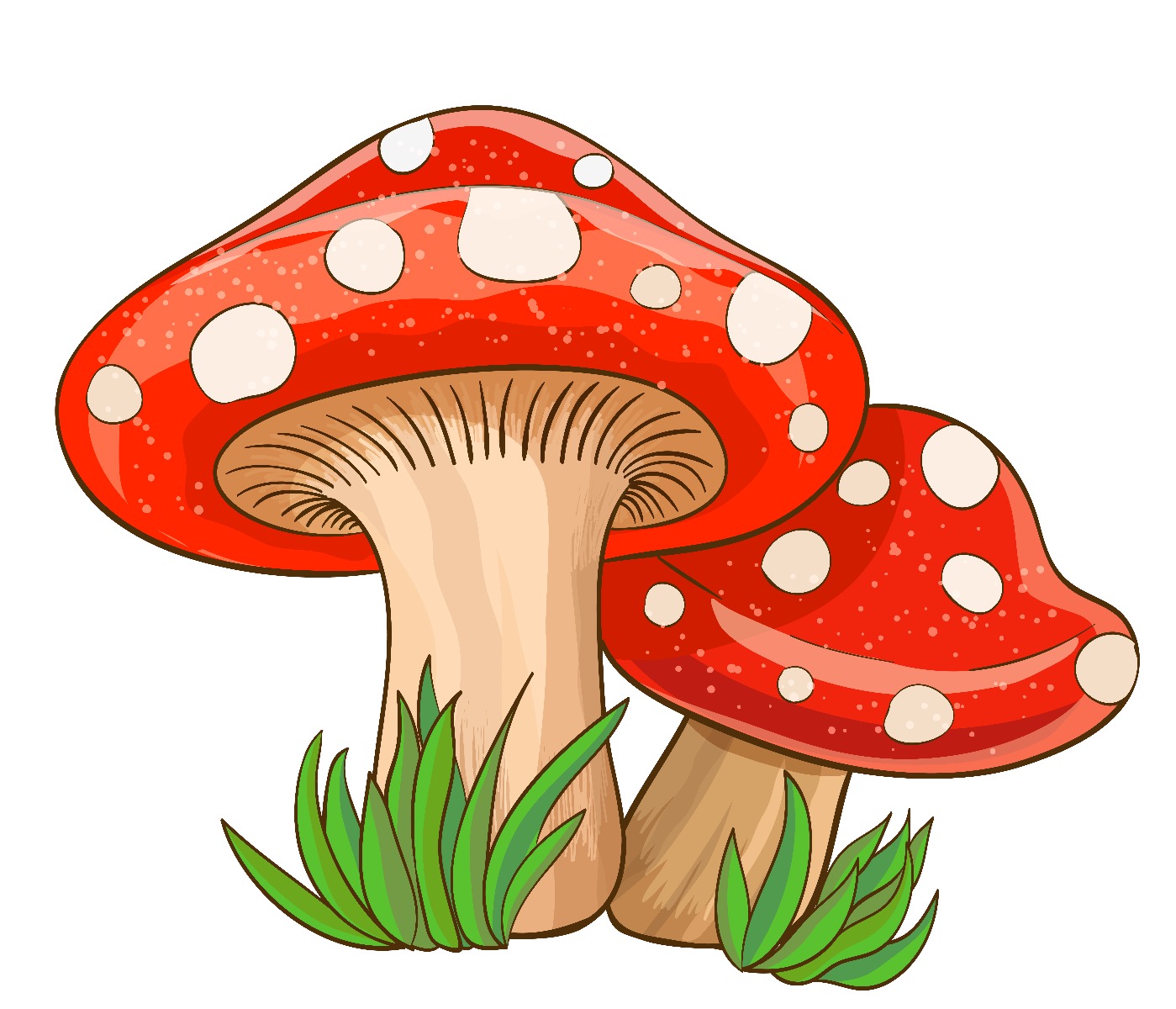 This is a great starting activity to get everyone used to moving the parachute and working together.

Have everyone stand around the chute and hold onto a handle. On the count of three, everyone should raise the handle above their head. If they bring it down to the floor it makes a mushroom shape. Have them lift it up again, then quickly lower it to the ground behind them. This creates a canopy cover so they are inside the mushroom. 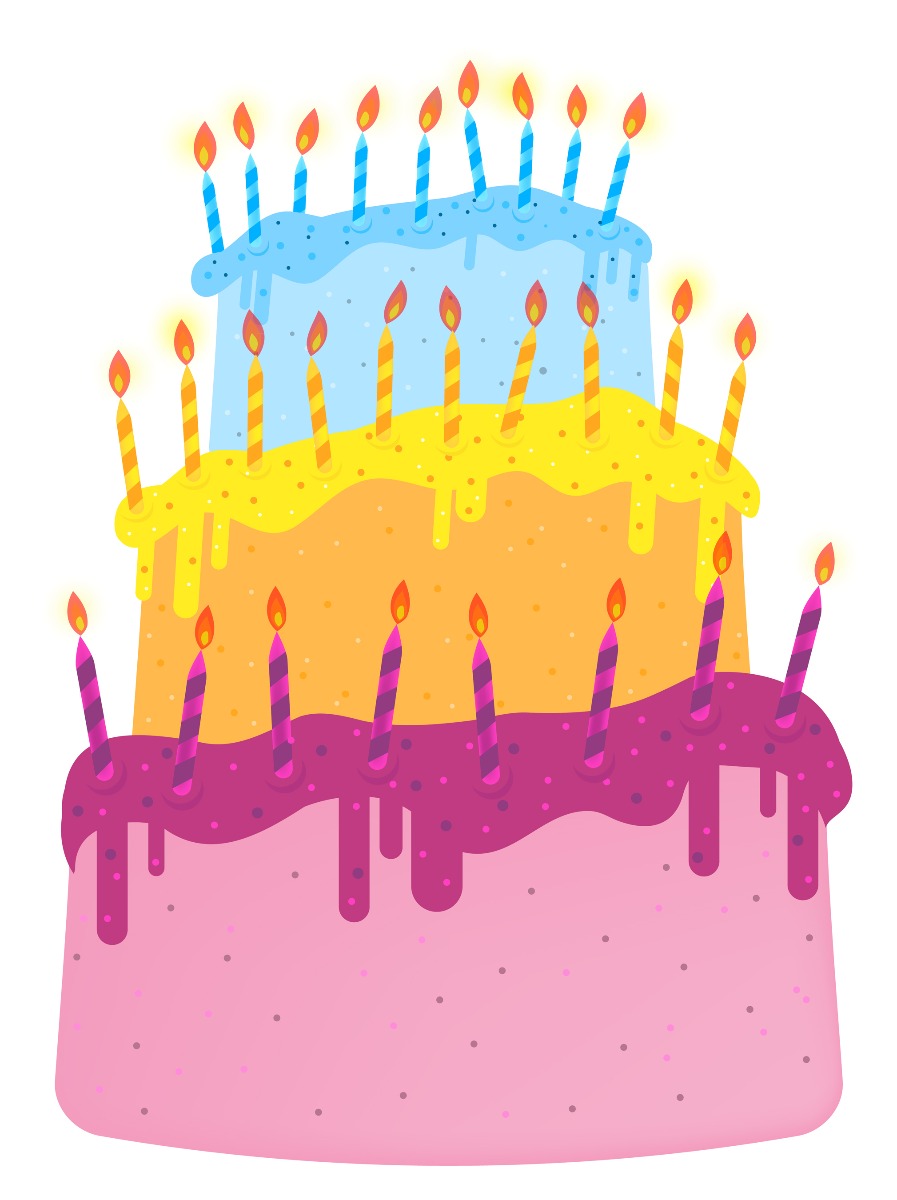 Looking for an icebreaker? Use this game as a “get to know everyone” activity to share common interests.

Make sure everyone holds one handle using both hands. One person calls out information and then everyone lifts the parachute. If it applies to you, you run under the parachute to switch places with someone else before it falls. Some examples include things like birthday months, favorite colors or foods, if you’re wearing a specific color, if you have a sibling or pet, and if you like to do a specific activity. 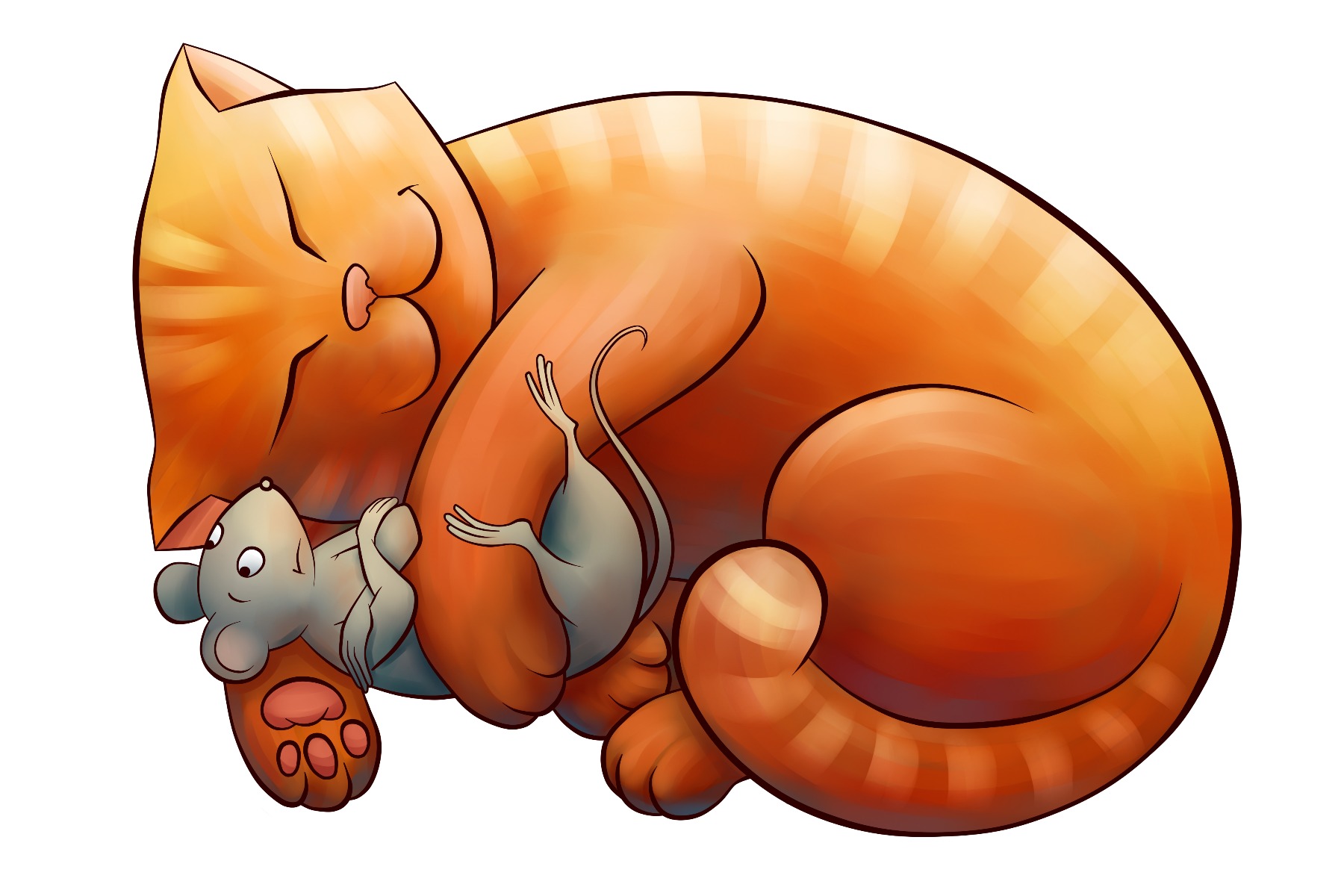 This game encourages turn-taking and physical activity. Be sure to remind the participants to play nicely.

Choose one person to be the “mouse” and another to be the “cat”. Everyone else should sit on the ground holding onto the parachute. The mouse crawls under the parachute and moves around. Meanwhile, the cat crawls on top of the parachute searching for the mouse. The others wiggle and wave the parachute to hide the mouse. Switch roles when the mouse is “caught” and let other people have a turn. 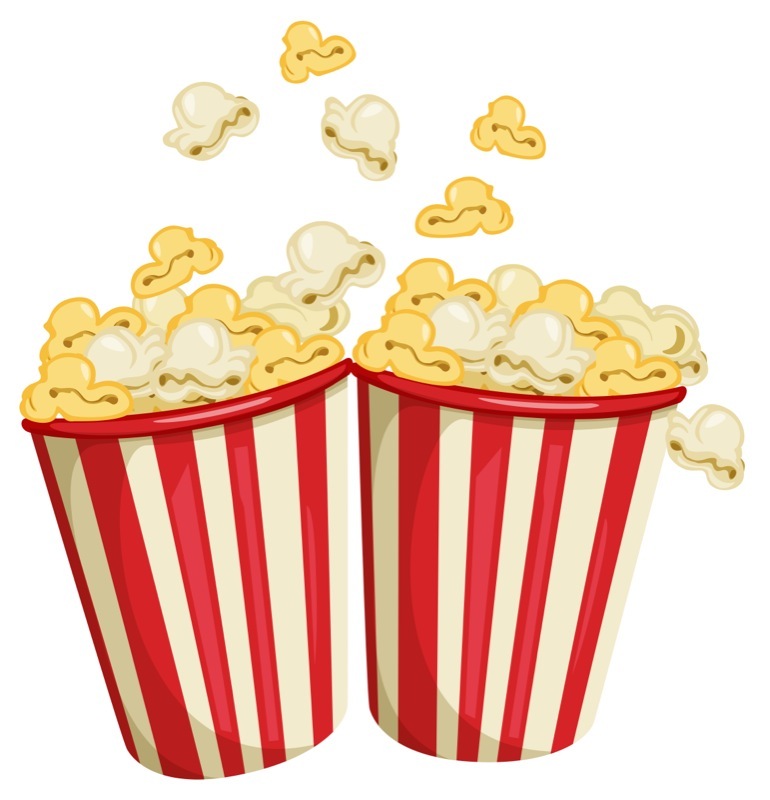 Adapt this game to be played as a fun gross motor game for toddlers and seniors or play it as a competitive game for older children.

Put soft balls on the parachute. Everyone should stand and hold a handle. Shake the parachute and move it up and down. The balls will look like popcorn popping.

Competition
Place an even amount of two colors of balls on the parachute. For example, you could use ten soft, red balls and ten soft, blue balls. Then divide the group into two teams. The red team wants to shake the parachute while keeping the red balls on and popping the blue balls off. The blue team tries for the opposite. When all the colored balls of one team are gone, the other team has won. Switch around who is on each team and play again. 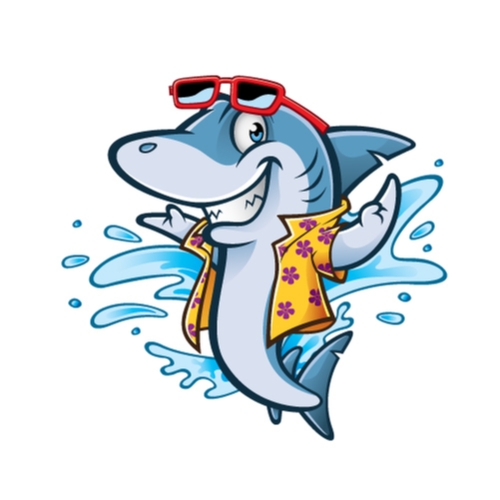 This game is active and best for children who can follow directions. Remind the “sharks” to be gentle and the other children to watch their heads and not kick.

Choose your “sharks” and “lifeguards.” The amount will vary based on your group size. Everyone else should sit on the ground with their legs straight out in front of them. They will shake the parachute to create ocean waves. The children can also call out “Lifeguard save me!” when needed. The sharks go under the parachute and pull other kids under. If a child ends up under the parachute, they become a shark too. Meanwhile, the lifeguard walks around the parachute and can “save” someone by pulling them out. When most of the children are now “sharks”, switch around the roles and start the game again. 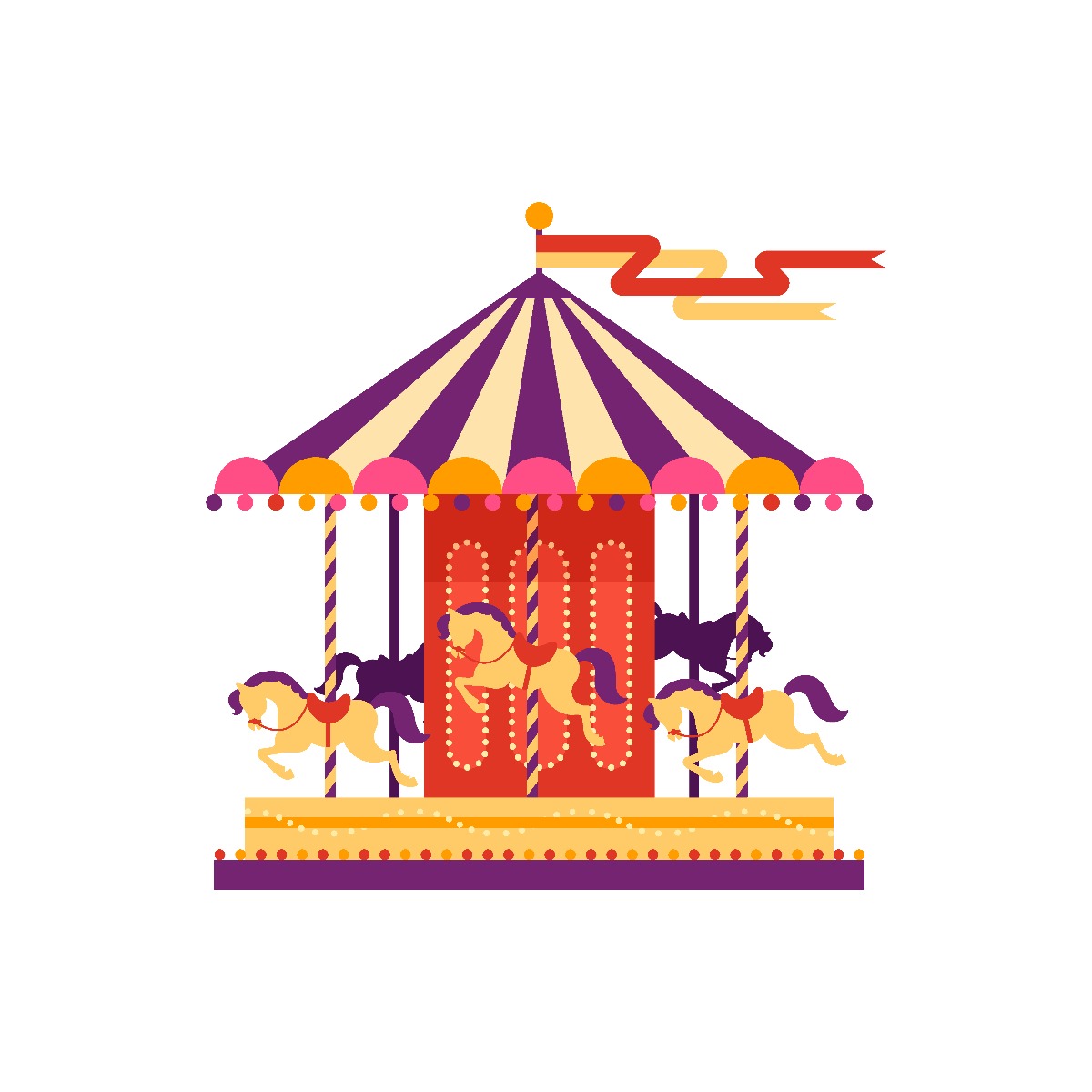 Play this game with groups of any age. You can incorporate music for additional fun.

Have everyone turn sideways and hold a handle with their left hand. They walk around in a circle to create a “merry-go-round.” Change it up and have them skip, hop, or march around in a circle. If you play music, you can pause it, cueing the participants to switch directions. 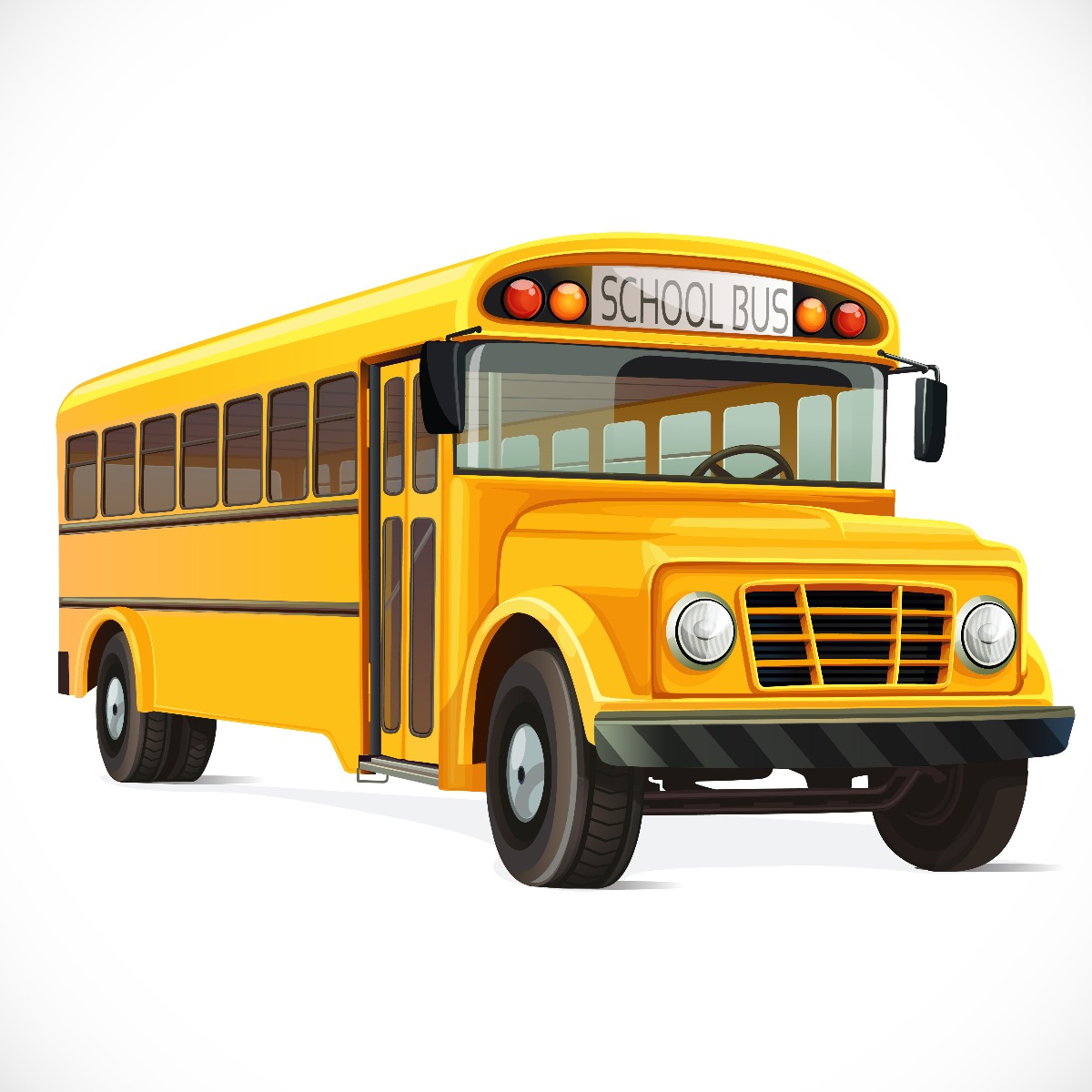 Match the parachute movements to common nursery rhymes like “Ring Around the Rosie” or “London Bridge is Falling Down.” Here’s an example using “The Wheels on the Bus.”

Make sure the floor isn’t slippery and the grass isn’t wet to avoid falls. The area should be open and clear of obstacles. Everyone should take turns, watch where they’re going, follow the teacher’s/leader’s instructions, and play gently. 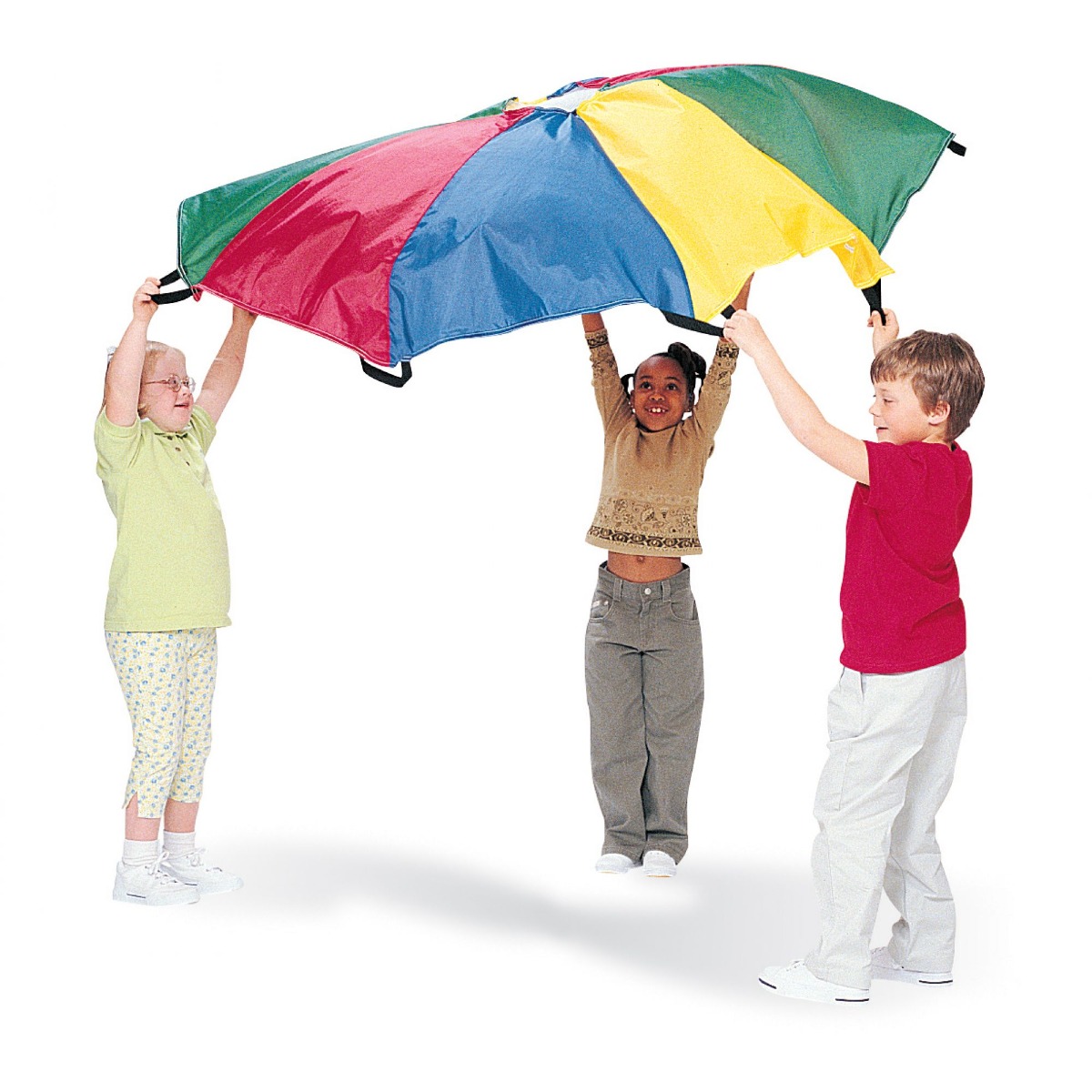 Benefits of Parachute Play for Children 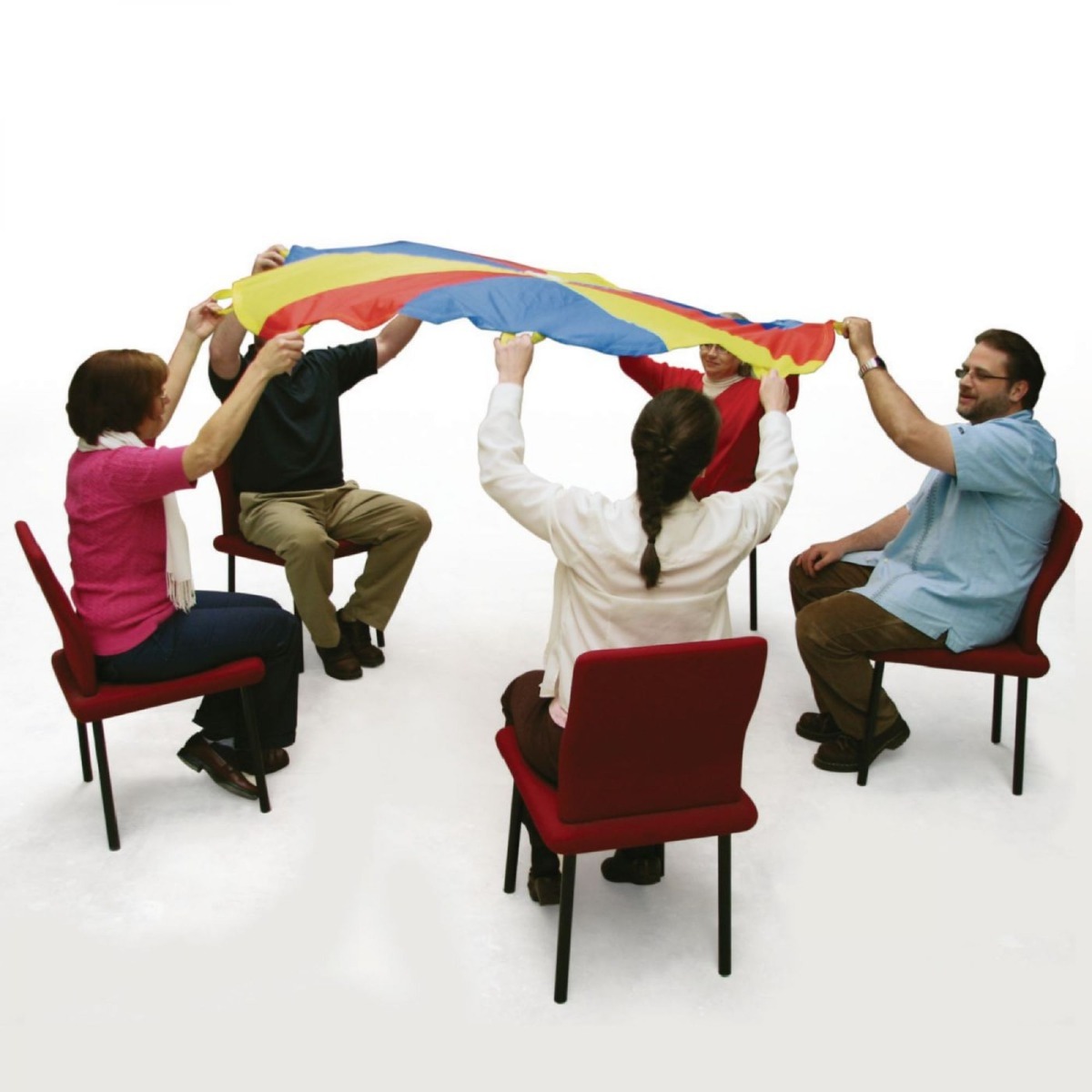 Benefits of Parachute Games for the Elderly

Other Fun Uses for Parachutes 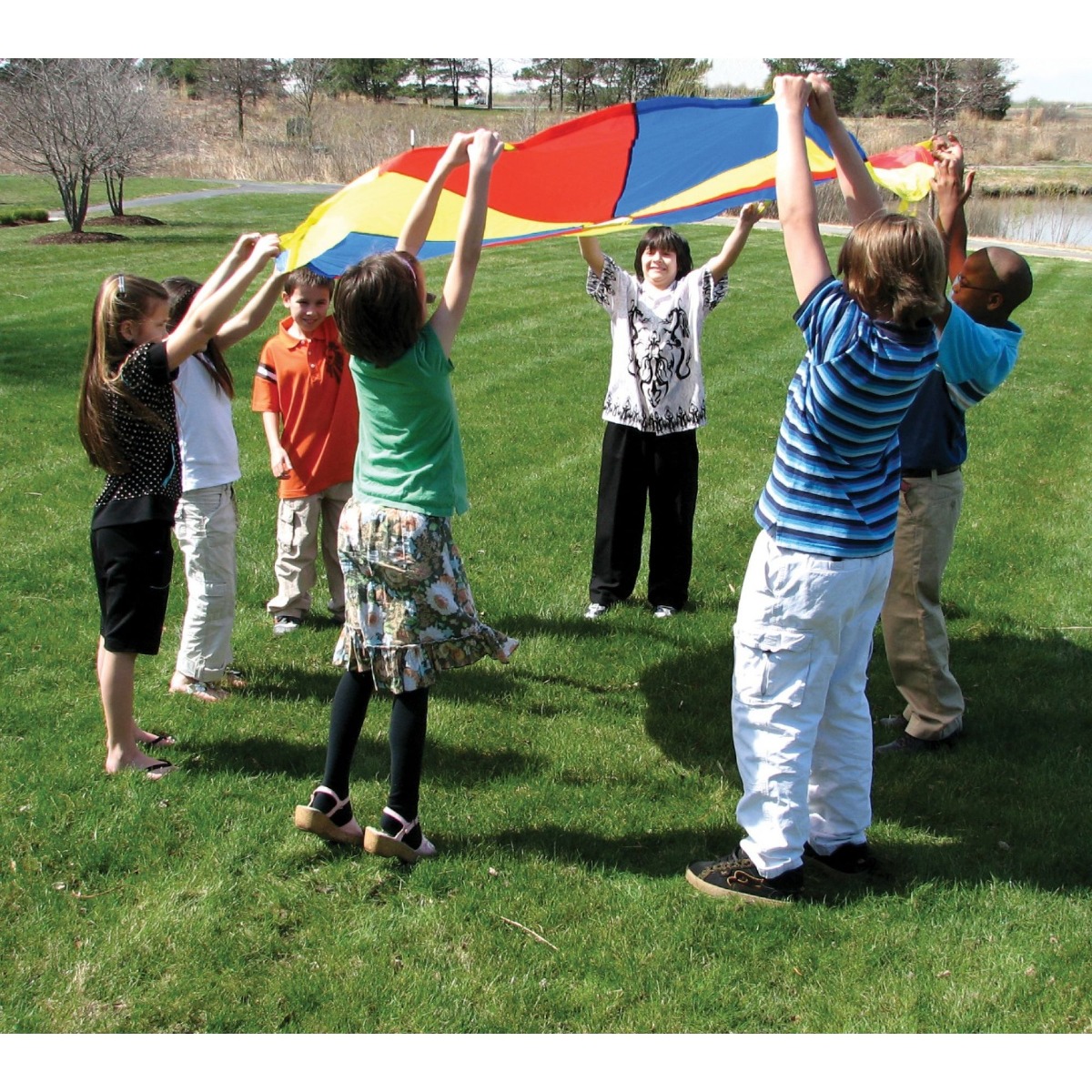 Are you ready for parachute games? Grab your own parachute and start playing!

Looking for more fun? Try some of these games and activities with your kids! 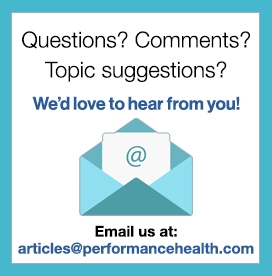